REO Speedwagon will be rocking out at the Bank of NH Pavilion on Saturday the 17th of September 2022. The night will be jam packed with rock anthems as it’s not just REO Speedwagon performing – bands Styx and Loverboy will be there too! Tickets for this amazing concert with this line-up of rock legends are still available, so grab yours now as they will soon all be sold out. So, to guarantee your seats for an amazing night full of hit tracks and epic guitar riffs with REO Speedwagon, Styx and Loverboy, book your tickets for the 17th of September at the Bank of NH Pavilion. 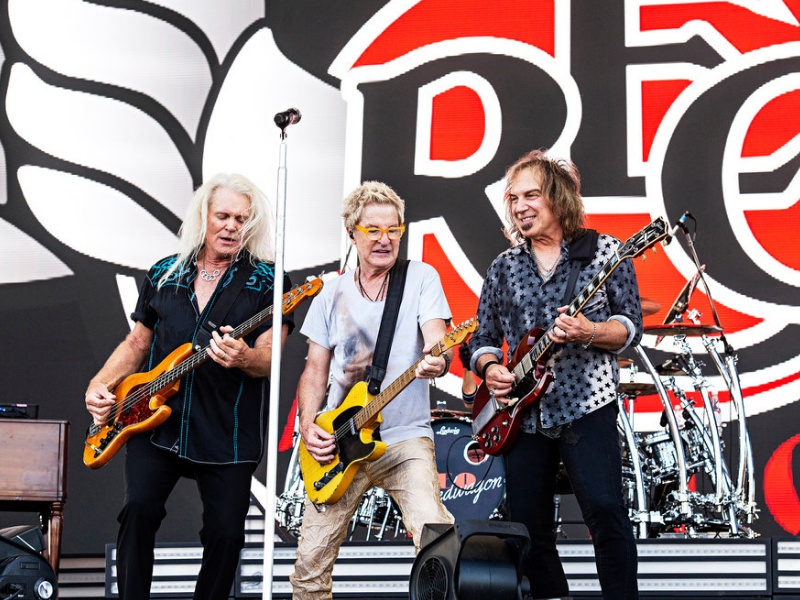 REO Speedwagon formed in the 1960’s and tracks, such as ‘Son of a Poor Man’ and ‘Can’t Fight This Feeling Anymore’, have become timeless rock anthems that are still frequently aired. In 1972 on their debut album, ‘Speedwagon’, the track ‘Music Man’ became a firm favourite with listeners and appears on several of their best-of-albums. The lyrics portray the woes of a man with ‘nothing’ but how he can still aspire to be something great through dedication and hard work. The buoyant message of the track reminds people of the power they have to change their lives. ‘Hi Infidelity’, released in 1980, is the band’s best-selling album. Smash hits, such as ‘Keep on Loving You’ and ‘Someone Tonight’, have ensured that REO’s album would become a classic rock album. Joining REO Speedwagon are Styx. They formed in the 1970’s and their 1973 power ballad release, ‘Lady, gained the band recognition as musicians with a stylish, new sound. The power ballad still appears in numerous films and television shows, such as ‘It’s Always Sunny in Philadelphia’, proving the staying power of the ballad. Canadian band Loverboy will be finishing the line-up and are renowned for their own hit tracks such as ‘Working for the Weekend’ and ‘Turn Me Loose’.