One of the world's best-selling music artists, Luke Bryan, brings his Raised Up Right Tour 2022 with Riley Green, Mitchell Tenpenny and DJ Rock to Bank of NH Pavilion on Friday, July 29th 2022. Bryan is anxious to start crisscrossing the country to see his fans, and he needs YOU! Yes, you must buy some tickets right now so that he knows, for sure, he should come out on a Friday night! Luke Bryan, the five-time Entertainer of the year, plus a judge on American Idol, and having just finished a residency in Vegas, needs you, his fans, more than anything. 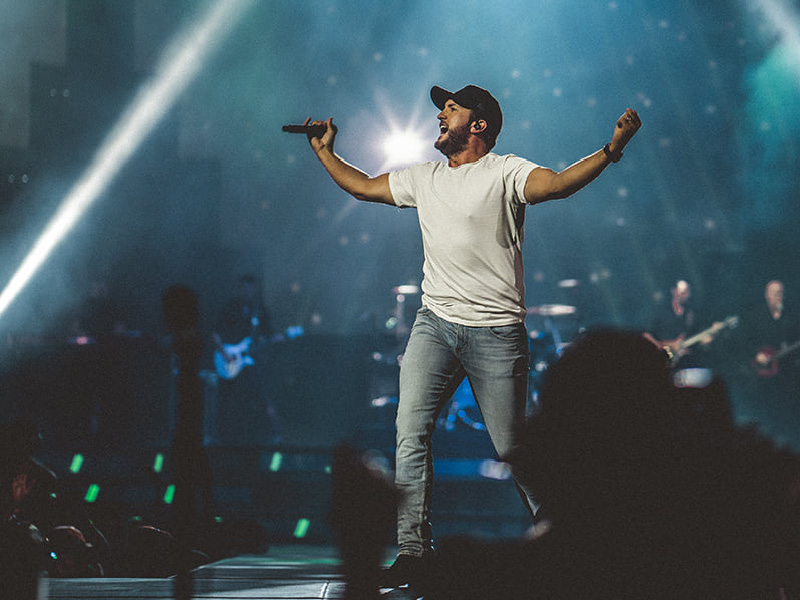 “My favorite place to be is on stage performing to country music fans,” said Luke Bryan on the tour announcement page on his website. “So thankful every night when I walk out on that stage and know you are there to have a blast along beside me. It never gets old!”

Thomas Luther "Luke" Bryan is one of the world's best-selling music artists, with over 75 million records sold and performances to over 12 million fans at nearly 40 stadium concerts, Spring Break shows, Farm Tours and seven sold-out Crash My Playa destination concerts.

In addition to his country stardom, Bryan is well-known as an “American Idol” judge, which he joined in 2018.

Bryan’s latest studio album, Born Here Live Here Die Here, debuted at number 5 on the Billboard 200 and number 1 on the US Top Country Albums charts in August 2020. It becomes Bryan's eleventh top-ten album, and his ninth number 1 album on the Top Country Albums chart. This tour gets its name from the chorus in Bryan’s new hit single, “Up”, which is the sixth single from the new Deluxe edition of his album, Born Here Live Here Die Here, that was released on released in April 2021.