The Bank of NH Pavilion presents Korn and Staind live and on stage on Sunday August 22 2021. Prepare to be blown away by two big bands from the world of rock and nu-metal. If you are a fan of either genre, or group, you do not want to miss this performance at the Bank of NH Pavilion! Join the revolution and prepare for a night you will not forget with these two exceptional performances. Order your tickets today, and experience the unforgettable might of these two head-bangingly great bands! 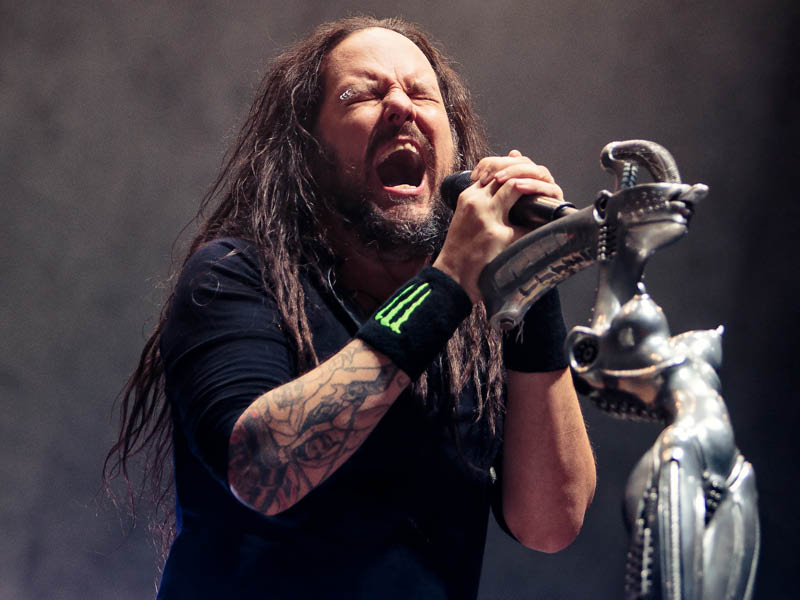 Book your place to experience the revolutionary performance from Korn and Staind on Sunday 22nd August 2021 at the Bank of NH Pavilion. Korn is an innovative and revolutionary group, dubbed the original freaks on a leash. Korn’s ferocious sound has grown and evolved over the year. Their sound encompasses emotive lyrics, raging sounds, bone-shaking choruses, love, and even dubstep and they continue to bring the noise, and the crowds.

Formed in 1993, Korn has released 13 studio albums. Their latest album, The Nothing, debuted at number eight on the US Billboard 200 and is Korn's 14th US top-10 album. Korn also have two Grammy Awards for Freak on a Leash and Here to Stay and two MTV Awards for Freak on a Leash. The nu-metal band comprises of members: James "Munky" Shaffer playing rhythm guitar, Reginald "Fieldy" Arvizu on bass guitar, Brian "Head" Welch on lead guitar and on backing vocals, and Jonathan Davis as lead vocals and playing the bagpipes, with the addition of Ray Luzier playing drums.