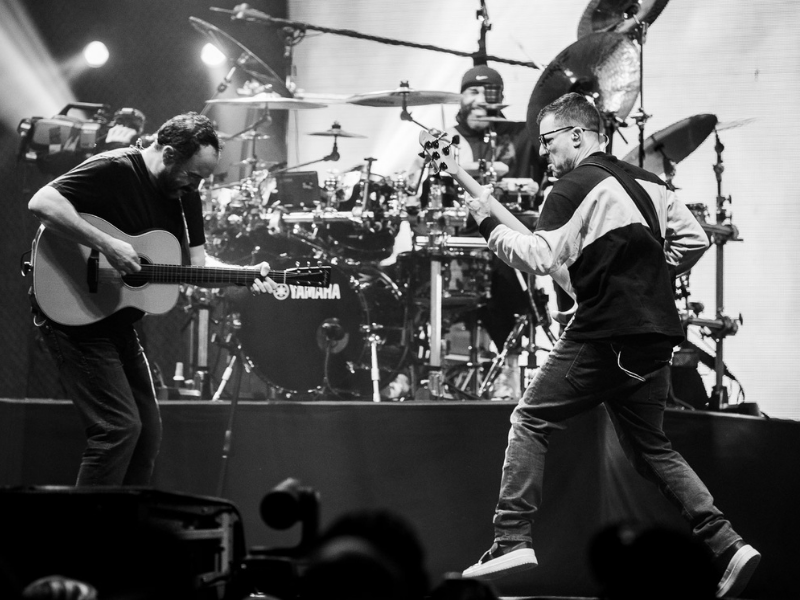 The Dave Matthews Band, also known as DMB, are touring throughout the USA in 2022. They originate from Charlottesville, Virginia, U.S, and formed in the early 90’s. They gained a reputation for being a band that had a natural jamming chemistry between them, their live playing electrifying. This, along with their unique style and fusion of music, led to a strong word-of-mouth hype about them as they gigged around the Virginia area of America. In 1992 DMB began a Tuesday night residency at Trax, which further spread the sound of the band, as clubs started to fill up and their tours ventured outside Virginia. In 1993 Dave Matthews Band released their first album, ‘Remember Two Things’ on its own Bama Rags label. The album was recorded live at The Muse Music Club on Nantucket Island and debuted on the College Charts as the highest independent entry – no mean fete for an independent album. Since then, through its continued sales ‘Remember Two Things’ has been certified Platinum. In 1994 they released their first studio album, ‘Under the Table and Dreaming’, and the album’s first single, ‘What Would You Say’, led the band onto the path of illustrious status. Join DMB, a band with amazing music that will rock your 2022.