You will surely exclaim, "That's My Kind of Night!" after attending the concert of the one and only Luke Bryan this Wednesday, July 27, at New Hampshire's Bank of NH Pavilion. The country music superstar will make you Kiss Tomorrow Goodbye in an evening of great songs and exciting performances that will inspire you to embrace Whatever Makes You Country. Joined by the big rising stars of country music, Riley Green and Mitchell Tenpenny, the American Idol judge will turn your ordinary Wednesday night into one of the best country music shows this summer. Grab your tickets now and fulfill your country music heart's desire to see the iconic Luke Bryan! 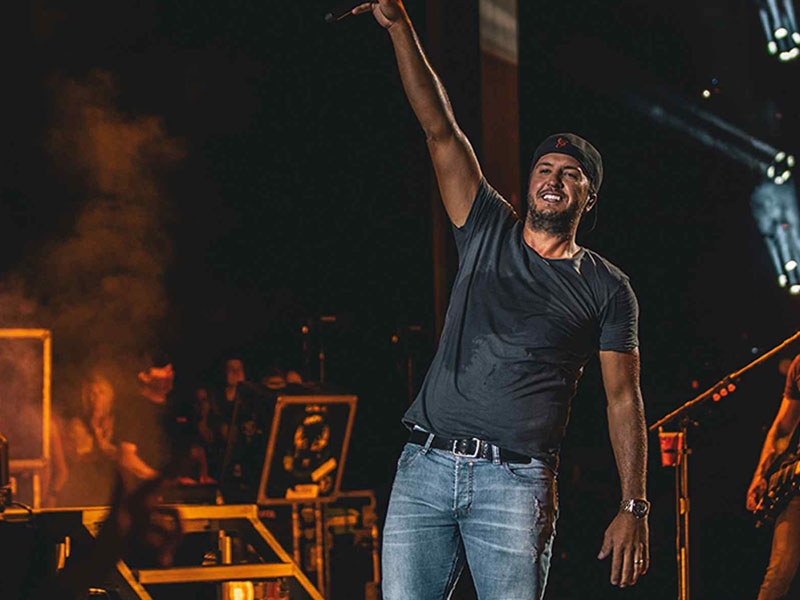 As one of the biggest stars in the country music scene today, Luke Bryan became a household name through his feel-good country music hits and warm personality. Thanks to his successful stint as an America Idol judge, his popularity and fanbase have indeed widened in the last decade — a far cry from how he started in the late 2000s. From being a budding male country vocalist hopeful to holding a record of 27 #1 songs, Luke Bryan is a genuine country superstar.

Luke found initial success as a songwriter before debuting his first album, "I'll Stay Me," in 2007. He gained momentum and cemented his country music status when he released his acclaimed albums "Doin' My Thing," "Tailgates & Tanlines," "Crash My Party," "Kill the Lights," and "What Makes You Country." His most acclaimed album, "Kill The Lights," produced a record-breaking six No. 1 singles on the Billboard Country Airplay chart — a feat for any country music singer.

Bryan's latest album, released in 2020, which is entitled "Born Here Live Here Die," is a certified hit all over the globe. Unsurprisingly, it charts in multiple countries outside the US.

The country music superstar is embarking on a summer tour, dubbed "Raised Up Right Tour," much to fans' delight. And due to public demand, new dates are added to American Idol's string of shows that are expected to sweep the US and Canada's venues by storm.

Luke will be joined by Riley Green and Mitchell Tenpenny in his New Hampshire stop this July 27. Although relatively new to the country music scene, Riley Green proved himself as one of the artists to watch out for after being presented by the Academy of Country Music with the "New Male Artist of the Year" Award for 2019. On the other hand, Mitchell is also a chart-topping Nashville-based country-pop singer. He is a CMT Music Awards nominee who released one studio album and two EPs in 2018. With many hit singles from these two, expect to have an epic and memorable concert experience!

Catch these two incredible country music artists with the one and only Luke Bryan this Wednesday, 27th July 2022, at the Bank of NH Pavilion in Gilford. Grab your tickets now and see you there.