Rock and Roll Hall of Famer, 17-time Grammy Award winner, and CBE honoree, Sting comes to Bank of NH Pavilion on Saturday, September 10th 2022. He is finally getting to finish his My Songs Tour, for an album that came out way back in 2019, so grab some tickets and come on down for, essentially, the greatest hits tour. All of Sting’s greatest hits, re-done, remastered and even better than ever, this is the ultimate Sting concert ever! Don’t miss this awesome show. 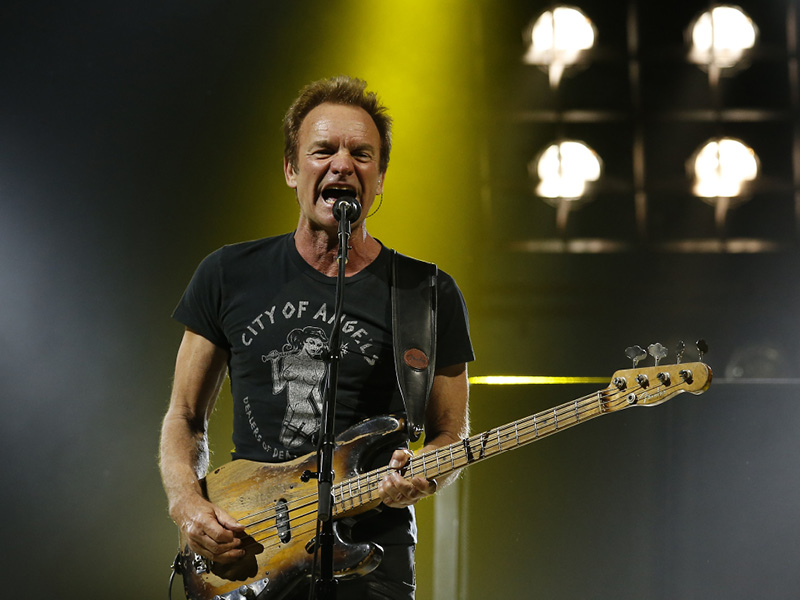 The English singer, songwriter and actor, Gordon Matthew Thomas Sumner CBE, is Sting. As a solo musician and a member of the Police, Sting has received the Ivor Novello Award for Lifetime Achievement from the British Academy of Songwriters, Composers and Authors and was also inducted into the Songwriters Hall of Fame. He was inducted into the Rock and Roll Hall of Fame as a member of the Police in 2003. In 2000, he received a star on the Hollywood Walk of Fame for recording. In 2003, Sting received a CBE from Elizabeth II at Buckingham Palace for services to music. He was made a Kennedy Center Honoree at the White House in 2014 and was awarded the Polar Music Prize in 2017.

With a career total of 17 Grammy Awards, his most popular hit, "Every Breath You Take", has won both Song of the Year, and Best Pop Performance, was the biggest US and Canadian hit of 1983, topping the Billboard Hot 100 singles chart for eight weeks, and in 2019, he received a BMI Award for "Every Breath You Take" becoming the most-played song in radio history. The song is one of The Rock and Roll Hall of Fame's Songs that Shaped Rock and Roll, and on the 60th anniversary of the Billboard Hot 100 Chart, Billboard released the "Greatest of All Time Hot 100 Singles" chart where the song was ranked at number 29.

Sting's fourteenth album, My Songs, was released in May 2019. It features 14 studio re-recorded versions of his best-selling songs, and one live recording, released throughout his solo career, plus his time with the Police. The album charted at number 145 on the Billboard 200 and number 28 on the Top Rock Albums chart. His latest album is, The Bridge, was released in November 2021.