A third night to witness Chris Stapleton perform at the Bank of NH Pavilion comes your way this Saturday, August 6. Along with the Grammy-nominated country star Elle King, Stapleton brings his long-running All American Roadshow to Gilford for a three-night show from August 4-6. If you missed the chance to secure tickets for his first and second show, this is your last opportunity to see the singer-songwriter enthrall the audience with the hits that defined his career as well as more recent songs from his "Starting Over" album. Like the first two shows, the newcomer Morgan Wade will also open for the show. Hit the "Get Tickets" button now to secure your concert tickets. 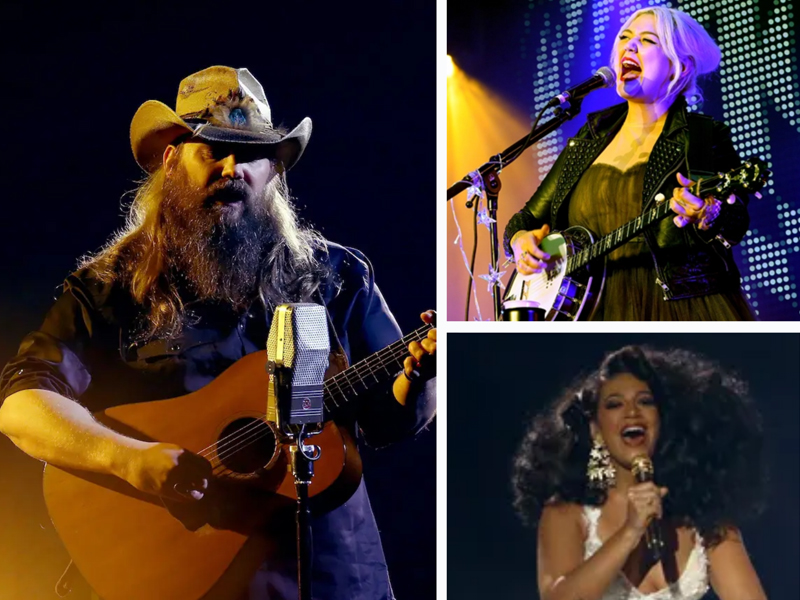 Initially known as a sought-after "songwriter for the stars," Chris Stapleton broke out into the country music scene after releasing his highly-successful debut solo album "Traveller" in 2015. Stapleton swept the CMAs and instantly became a country music superstar that year. He is deemed country music's "Golden Child," and no one has taken the country music scene in recent memory quite as he did. His easily recognizable long hair and prodigious beard complemented his easily identifiable voice that has become a staple to country radio not only in the US but in the entire world. And with countless awards and recognitions under his belt, he continues to give his ever-growing fans songs universally liked, adored, and respected.

With a catalog of songs rich in diverse styles and narratives, Chris Stapleton appeals to a wide demographic of country music fans. His impressive and powerful vocals, pure raw emotion, heartfelt lyrics, and an earnest ear for melody set him apart from other country artists. While the rest of his contemporaries are singing about strumming guitars and pick-up trucks, Stapleton offers listeners a deep dive into his lyricism. Thus, his single most significant gift is his ability to, time and again, deliver songs that feel comfortable and familiar. If you want to immerse yourself in his live music this year, then this is your chance to finally see the highly-celebrated country star in his long-running All American Roadshow.

Together with the singer-songwriter Elle King and country newcomer Morgan Wade, Stapleton will stop at the Bank of NH Pavilion for three nights, from August 4 to 6, for an extensive concert experience for all fans to behold. His guest Elle King is an Academy of Country Music awardee recognized in 2016 and 2020 for having the "Best Music Event" for her collaborations with other artists. She is also a Grammy-nominated singer who is famously known for her hits "Ex's & Oh's," "America's Sweetheart," "Drunk," and "Can't Be Loved," among many others.

The Virginia-native singer Morgan Wade will open the show for Stapleton. She started her career in 2018 by releasing an independent album. Last year, she released "Reckless," an album that reached #30 on the US Country Charts, #8 on US Folk Charts, and #2 on US Heatseekers Charts. She is known for her chart-topping song "Wilder Days."

If you haven't secured your tickets for the show, click on the "Get Tickets" button to start your purchase. Hurry before tickets run out!