Country music darling, Maren Morris, is going on tour to promote her new album, Humble Quest. The 2022 tour will be stopping at more than 40 cities on dates spread across summer, fall, and winter. On Saturday 9th July 2022, Maren Morris is stopping at the Bank of NH Pavilion in Gilford, New Hampshire. Get ready as the Grammy-award-winning country sensation performs her hit singles, such as “My Church,” “‘80s Mercedes,” “I Could Use a Love Song,” and “Rich.” Fans can also expect to hear songs from her new album, Humble Quest. If you love country music and you love Maren Morris, you better hurry and get your tickets now! 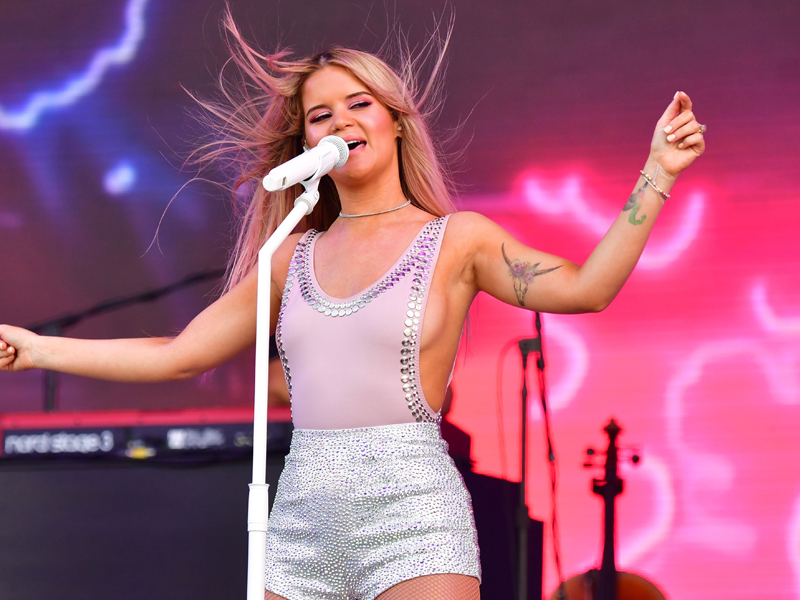 Singer-songwriter Maren Morris has been performing most of her life. Singing since she was a child, Morris started touring and performing on stage during her preteen years. By the time Morris was in her early 20s, she had released three independent albums before signing with Columbia Nashville. In 2016, she released her first major-label debut album, Hero. The album peaked at number five on the Billboard 200 chart and earned a Grammy Award nomination for Best Country Album. The album features her breakout single, “My Church,” which won her a Grammy Award for Best Country Solo Performance. “My Church” peaked at number five on the Hot Country Songs chart. In the same year, Morris won a Country Music Association award for New Artist of the Year.

In 2019, Morris’ sophomore album featured the title track “Girl,” performed with Brandie Carlile. The song was later nominated for Best Country Performance by a Duo or Group. The second single, “Bones,” was also nominated by the 63rd Grammy Awards for Best Country Song. The record later won Best Country Album at the Country Music Association Awards.

Morris’ latest album, Humble Quest, was released on March 25, 2022. The record features the first single, “Circles Around This Town.” The song, which has been critically acclaimed by fans and critics, was written as an ode to Morris’ journey as an aspiring artist.

See Maren Morris perform songs from her new album, Humble Quest, and hits from her previous albums at the Bank of NH Pavilion on Saturday 9th July 2022.