Ringo Starr and His All Starr Band & The Avett Brothers Tickets

Make way for musical royalty as Ringo Starr and His All Starr Band make their way to Bank of NH Pavilion on Saturday 4th June 2022! The former Beatle is joined by his second-to-none group of world-class, a-list musicians to perform songs from his time as one of the Fab Four, from his solo career, and from their own prestigious careers! Not only will you get a show chock-full of groundbreaking artists, hits, and special guests from the headliners alone, but they'll be joined in support by The Avett Brothers! 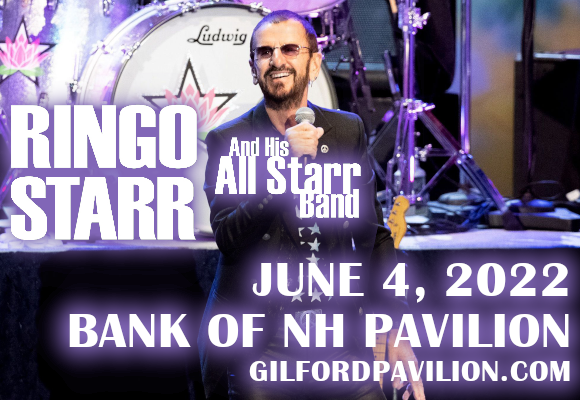 Live rock supergroup Ringo Starr and His All-Star Band was formed in 1989 and currently consists of former Beatles drummer and singer Ringo Starr as frontman, plus Colin Hay (Men At Work), Hamish Stuart (Average White Band), Gregg Bissonette (David Lee Roth band), Steve Lukather (Toto), Greg Rolie (Santana/Journey), and Warren Ham (Kansas/Toto). The group was formed under Starr’s premise that "everybody on stage is a star in their own right" and over the 30 years it has toured there has been a revolving line-up of members. There have been fourteen touring iterations of the band to date, with previous members including: Joe Walsh, Dr. John, Bruce Springsteen, Todd Rundgren, John Candy, Bonnie Raitt, Steven Tyler, Slash, Stevie Nicks, Peter Frampton, Ray Davies, Howard Jones, and Sheila E. among many, many others.